Federico Moro > Bibliografia > Saggi > Venice at War, the Great Battles of the Serenissima 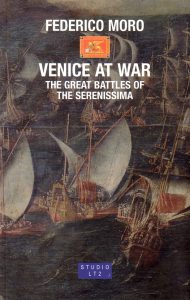